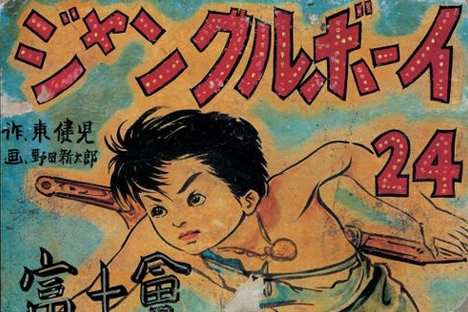 It was in 2007 when I was assigned to Kichijoji Church in Tokyo. One of the things I took charge of was a Bible class for beginners. A young man in his early 30’s came into the room, silently sat down, finished the class and, with only his name known to us, quietly left.

From then on, he came faithfully every week, without speaking a word and going — until the time came when he opened up and shared his story with me. It has been a tough life for him ever since he was a small boy. He experienced living in the streets. For several years, he had withdrawn himself from the world and had not gone out of his room due to depression. He had no job. He had been living alone, receiving support from social security. He was sick. He had no one to talk to. He hardly had any expression on his face. The world became a scary place for him that he even tried to end his life a couple of times. But one day as he browsed the net, he found out that there was a Church nearby and decided to make a visit. That led to the day he came to my Bible class. He just wanted to learn about anything. But as he sat and listened, everything was Greek to him. His knowledge of Christianity was close to nil, and the Old Testament proved difficult for him. Later, he approached me asking if I could teach him something easier to comprehend. He continued coming to the Bible class. But aside from that, we had special one-to-one sessions. The theme of our meetings ranged from personal sharing to catechesis, to biblical studies to almost anything. And somewhere along the way, he just opened up more, asking about preparation for baptism. He might have seen a “faint” light of hope that helped him rise up and face the world again.

Unfortunately (or fortunately?), in a few months I got sick myself. I had to undergo a brain surgery. But this did not discourage him, or me. Though there was a bit of apprehension. The good thing was, without me, it made him even search for more, and learn first hand what it means to pray for someone else. He was praying for me. After I was well, I got back to our sessions, and surprisingly, he has studied his lessons well. By searching the net and reading books, among other things, he has gained some knowledge about Christianity by himself. He just needed someone to guide him, to journey with him. He gained a little more confidence. He became stronger. He then had more expressions on his face.

After he had received baptism, the change was not sudden. It was still difficult for him, he still could not eat before other people. He choked when he tried to speak. He got nervous when people began asking him different things. But it was already a great effort that he was able to go out of his room and be with the community. Later on, he gained a few friends. He joined the youth group. Slowly, he opened his heart to others. And in service to the community, he started doing the readings during the Holy Mass. For the past three years, he was requested by the parish priest to serve as a member of the Parish Pastoral Council, a task he had accomplished successfully. Who would ever think of this in 2007? Just recently, he has told me that he is doing some work for a friend who is now out of the country. Perhaps, it will take some time before he can actually go out and work as a normal “salary man.” But seeing how the WORD has changed his life, through the ministry of the SVD, is such a wonderful thing. There are many people like him in Japan — many young people, thirsting for something but do not seem to know what it is. Though our efforts may seem so small, they can be life-changing. Empowering people through the WORD and walking with them along the way is such a simple way, yet can prove to be an effective one. From somebody who did not know Christ, this man has become His faithful follower and servant through our ministry as SVD. By the grace of God, may we continue to be instruments of the WORD to the many people the Lord sends us.